Welcome Everyone to the first of our #InterviewSeries. In this new section, you will get to know Former Volunteers, their stories, and past experience in One, Two… Tree! and take inspiration for your Future Volunteer Experience, when hopefully things will get back to normal. Enjoy! 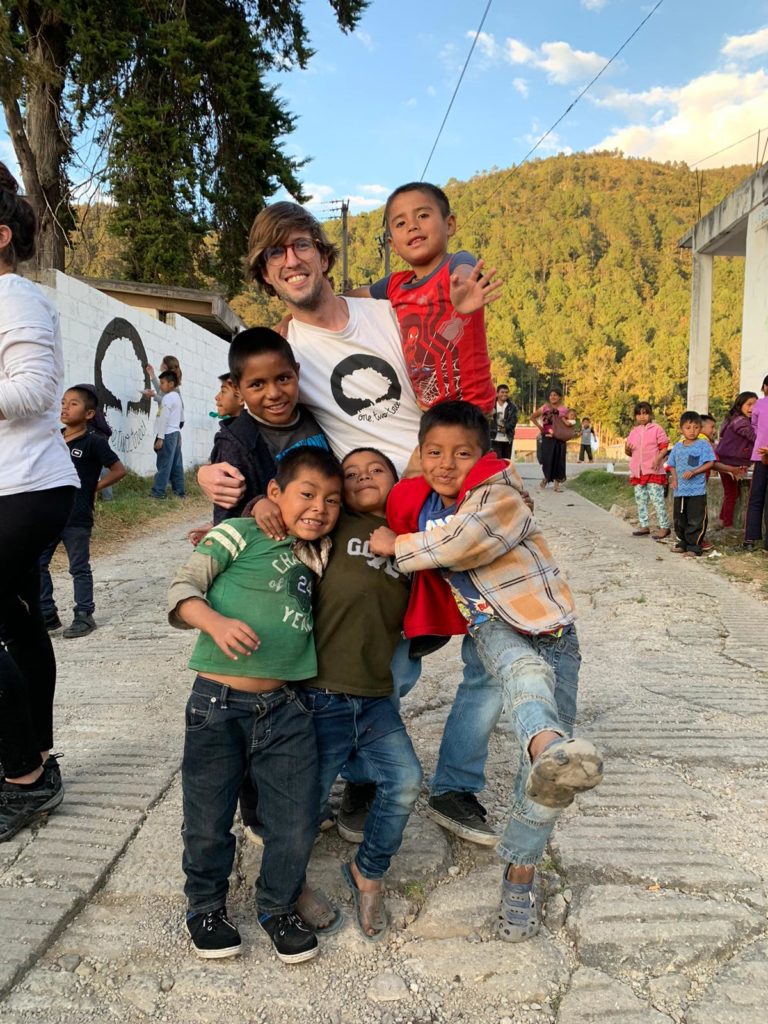 First, thank you very much for making this interview possible! As a fresh start, I would like to ask you a bit more about your background.

I am from Spain, from Vigo. I am Thirty-four and I was Thirty-two when I started working with One, Two… Tree! I’ve studied Journalism and worked in Marketing for many years. Then, back in 2018 I decided to quit that and went to Cambodia to volunteer as well. When I was there, I kind of knew about One, Two … Tree!, and Pedro; he told me that they were going to open a new project in Mexico. He already knew I wanted to volunteer with One, Two .. Tree and told me that it would have been great if I wanted to start a new project and collaborate with them. So, I decided to leave and start over again, because I didn’t like my job in Marketing, so I went to Zinacantán.

The project actually started in Nicaragua, which was the first project, and then it was April 2018 when a revolution started against the Government, and at that point, we were kindly asked to leave. Basically, right now Guatemala is the biggest one and Mexico is restarting again.

School starts at Nine or Ten, until Three o’clock. Each volunteer has one or two grades that they teach. They go to the school for three hours and then go to another school, which is a boarding school but not the kind of boarding school we are used to. These are proper schools made for kids from families who have poor resources, therefore they pay almost nothing and had numerous kids from 6 to 12/13 who live in a school by themselves. They have dorms, make their beds, etc.

And we would teach them another couple of hours and that is basically the beginning. Then we decided those kids from the boarding schools needed more support so we decided to go every afternoon. But it wasn’t always about English classes, it was more about being with them, playing some games, sometimes. We wanted to make those kids loved. It is hard to say but sometimes kids just need a hug and just need to know that they can be loved. Therefore, sometimes, we just had fun with them and that was the nicest thing we did during the second part of the year. In the end, we were also a big group of volunteers, around eight.

What I used to say to the volunteers was to try to take your mind out of everything you know and just enjoy it. If you want to do “this” with the kids, just do it. Just be respectful and kids are going to love it!

Well, there are many. But I guess at the end of the year when we were going to play with the kids in the afternoon, we had very close bonds with them and by the end of the term, we ended up painting the wall with the One, Two Tree Logo. And also, on that wall, we painted six trees. Those were really good days! But I might say that the best memory I had was during the last days when I had to leave, I was really sad to finish. Because, you know, when you start to connect, and all the volunteers are cool with each other. We all had good ideas. So yes, the last couple of weeks were the best, and also the summer camp that we made which was a lot of work, 4 weeks and 60 kids and our duty on the school. Everything went very well and the kids enjoyed it a lot!

Well, I believe the kids understood the meaning of learning English. For the development of the community and learned how to interact and bond with people from Abroad. “To break the walls”: that was one of the most relevant things.

I think the biggest impact was the kids learning and being able to make such connections which is really cool. They still don’t realize how important it is for their lives, to know that people from abroad don’t’ come to take advantage of them.

As the last thing, what would you recommend to Future Volunteers who are willing to start this new Adventure?

Do it! Don’t think about it Twice. You won’r regret it. Just Enjoy the Experience! Time literally flies, so try to get the most of it from the very beginning. Especially if you go there for a month. It is really something you will remember and it is one of the best «job» to do.

It is always inspiring to listen to past Volunteers’ Experiences. Totó has certainly made a life experience that will always remember. And with him, also all the kids he had the chance to teach to. We sincerely hope to restore the projects as soon as the Health-Emergency will be over.