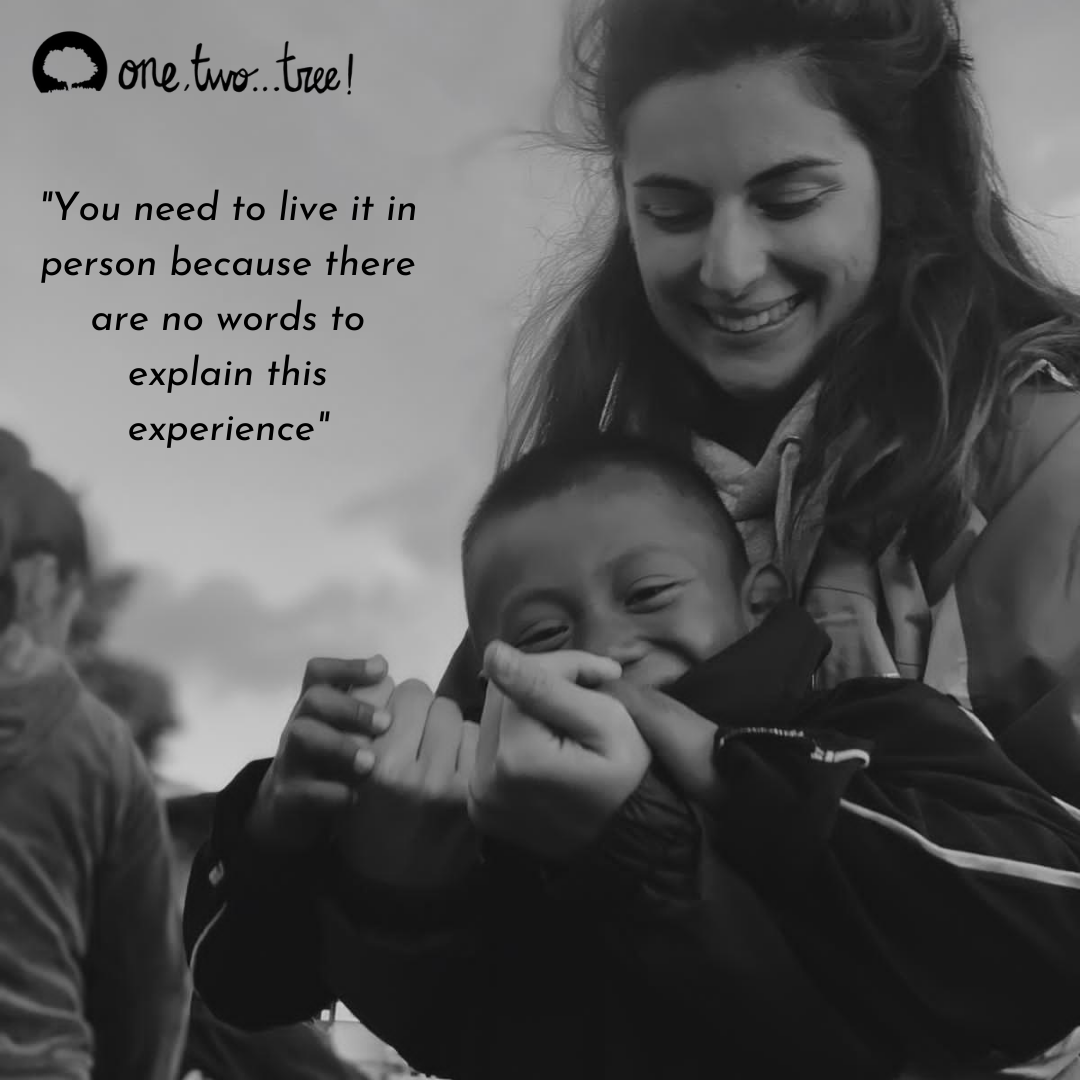 Hello! Welcome to this new interview!

Hello! Thanks for inviting me! It is nice meeting you.

Could you tell us more about your background? Are you studying/working?

I have a degree in Teaching (education), but I finished four years ago. Since then, I have been travelling abroad and now I am back in Spain.

How long did you volunteer with the organization?And Where?

What was your daily life as an educational volunteer?

I worked four days: from  Monday to Thursday. Usually we had from three to four lessons in the morning, in the public school and then we would switch in the boarding school, because there were two schools. We used to go first to the boarding school indeed, stay there with the kins and also do some games.

How many volunteers were in the learning center with you?

We were five or six volunteers and we really had a good team! We used to go to different places and that really created a cool atmosphere to live in.

Which is the best memory you have about your experience there?

Nice question! I would say the day that we painted a tree on the wall: basically we painted a wall and the kids had color hands and it was amazing! Everyone was happy, singing and having fun. I really have a good memory of that day!

Would you say that our volunteering work had an impact on the community/kids?

Yes, I really think so and I thought I also learnt a lot from the kids and the local people back there.

Yeah, I can understand. Anyhow, sometimes there are many controversies regarding international volunteering activities, like programs where you need to pay a lot of fees. 123 is one of the few that you can trust for this!

I didn’t pay anything and this is the reason why I decided to start this project with 123. When you have to volunteer you are already ‘paying back’ I think. Of course, we bought some presents for the kids, but I never had to pay a fee. I knew what my money were for (e.g. food and accommodation costs) and my flight which I personally paid. I organized myself to book the ticket to go there.

What would you recommend to future volunteers who want to start this adventure?

I would say that it is an amazing experience! You will never forget it and I think to live the full experience to really understand it. You need to live it in person because there are no words to explain it.

I really recomment volunteering with 1,2 Tree. I really felt welcome when I went there. They explained me everything, so I knew how was the project like. At the start, it’s gonna be hard,  don’t think you’re coming here for holidays and you’re not gonna work! They didn’t try to persuade me or else. So I would say that they are very clear and try to solve any problem. So if you have any doubt they would be happy to explain everything you need. I am really happy by now. 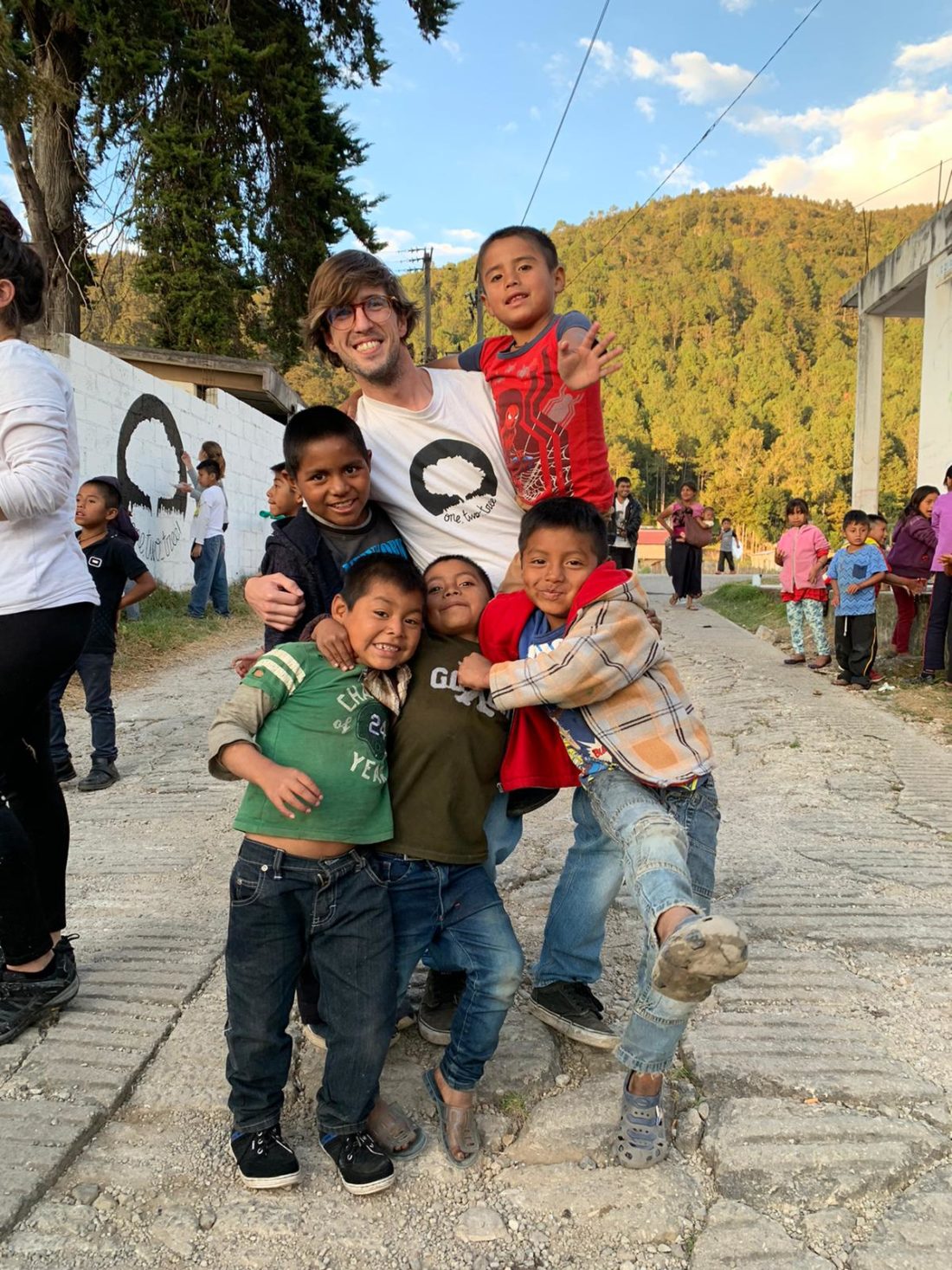 Welcome Everyone to the first of our #InterviewSeries. In this new section, you will get to know Former Volunteers, their stories and past experience in One, Two… Tree! and take inspiration for your Future Volunteer Experience, when hopefully things will get back to normal. Enjoy!

First, thank you for very much for making this interview possible! As a fresh start, I would like to ask you a bit more about your background.

I am from Spain, from Vigo. I am Thirty-four and I was Thirty-two when I started working with One, Two… Tree! I’ve studied Journalism and worked in Marketing for many years. Then, back in 2018 I decided to quit that and went to Cambodia to volunteer as well. When I was there, I kind of knew about One, Two … Tree and Pedro; he told me that they were going to open a new project in Mexico. He already knew I wanted to volunteer with One, Two .. Tree and told me that it would have been great if I wanted to start a new project and collaborate with them. So, I decided to leave and start over again, because I didn’t like my job in Marketing, so I went to Zinacantán.

The project actually started in Nicaragua, that was the first project and then it was April 2018 when a revolution started against the Government and at that point we were kindly asked to leave. Basically, right now Guatemala is the biggest one and Mexico is restarting again.

School starts at Nine or Ten, until Three o’clock. Each volunteer has one or two grades that they teach at. They go to the schools for three hours and then go to another school, which is a boarding school but not the kind of boarding schools we are used. These are proper schools made for kids from families who have poor resources, therefore they pay almost nothing and had numerous kids from 6 to 12/13 who live in a school by themselves. They have dorms, make their beds etc.

And we would teach them another couple of hours and that is basically the beginning. Then we decided those kids from the boarding schools needed more support so we decided to go every afternoon. But it wasn’t always about English classes, it was more about being with them, play some games, sometimes. We wanted to make those kids loved. It is hard to say but sometimes kids just need a hug and just need to know that they can be loved. Therefore, sometimes, we just had fun with them and that was the nicest thing we did during the second part of the year. At the end, we were also a big group of volunteers, around eight.

What I used to say to the volunteers was try to take your mind out of everything you know and just enjoy it. If you want to do “this” with the kids, just do it. Just be respectful and kids are going to love it!

Well, there are many. But I guess at the end of the year, when we were going to play with the kids in the afternoon, we had very close bonds with them and by the end of the term, we ended up painting the wall with the One, Two Tree Logo. And also, on that wall we painted six trees. Those were really good days! But I might say that the best memory I had was during the last days when I had to leave, I was really sad to finish. Because, you know, when you start to connect, and all the volunteers are cool with each other. We all had good ideas. So yes, the last couple of weeks were the best, and also the summer camp that we made which was a lot of work, 4 weeks and 60 kids and our duty on the school. Everything went very good and the kids enjoyed it a lot!

Well, I believe the kids understood the meaning of learning English. For the development of the community and learnt how to interact and bond with people from Abroad. “To break the walls”: that was one of the most relevant things.

I think the biggest impact was the kids learning and be able to make such connection which is really cool. They still don’t realize how important it is for their lives, to know that people from abroad don’t’ come to take advantage of you.

As a last thing, what would you recommend to Future Volunteers who are willing to start this new Adventure?

Do it! Don’t think about it Twice. You won’r regret it. Just Enjoy the Experience! Time literally flies, so try to get the most of it from the very beginning. Especially if you go there for a month. It is really something you will remember and it is one of the best “job” to do.

It is always inspiring to listen to past Volunteers Experiences. Totó has certainly made a life experience that will always remember. And with him, also all the kids he had the chance to teach to. We sincerely hope to restore the projects as soon as the Health-Emergency will be over.

I’m lucky to have found some of my passions, others I’m still looking for. But the ones that came knocking at my door and I was able to receive are writing and teaching. I am a teacher in the rural public school system of Guatemala, the greatest fortune a woman who dreamed of teaching and educating, in an education system in which she was always the worst student can have.

I realize in these classes, so fun and revealing, the many realities that exist and therefore I think it is essential to know my students better. Through games, exercises, dialogues and not least a constant attention to their socio-cultural context, I elaborate the tools of the classes. END_OF_DOCUMENT_TOKEN_TO_BE_REPLACED