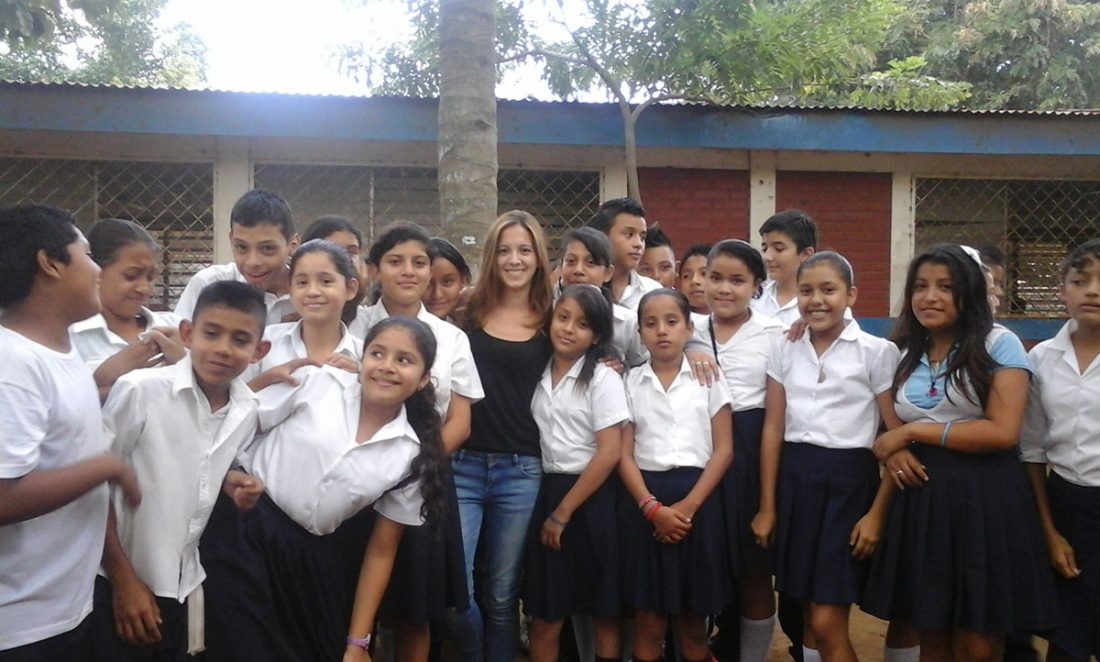 When Pedro, the founder of One Two Tree, told me on the phone that I would not regret going to Nicaragua to teach English, his exact words were: “You will live in very very humble conditions, you will eat rice and beans every day and you will take a shower with cold water. But you will not regret it”.
Now, if someone were to ask me, I would just say, “You’re not going to regret it, you’re not going to regret it, you’re not going to regret it. And the other thing… Yes, that’s true. I lived in very humble conditions, I took showers with cold water and ate rice several times a day. But the love of my Nicaraguan family was so great that the rest stopped being important on the second day. Doña Nubia, Estherzi, Robin, Osmani and Luisita were my family for 3 weeks in Nicaragua; as well as the lovely Doña Rina and her daughters, the neighbors of the house across the street. One aspect that I read in the travel guides and that I was able to verify is the unlimited kindness and generosity that characterizes Nicaraguans… Sometimes you have to even set those limits yourself! 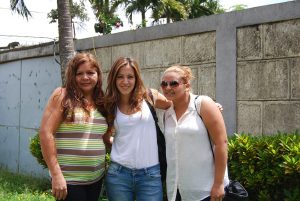 I started classes three days after I arrived and was shocked by the state of the schools and their organization. The classrooms are old and have very little material to work with. In addition, the students are divided into grades regardless of their age: for example, I had a primary class with almost forty students who were from eleven to sixteen years old. It is clear that education in Nicaragua has not been a priority for their governments. Nevertheless, the children are very grateful and some have a tremendous desire to learn. In my first class I asked them why they thought it was important to learn English and the most common answer was: “To go to the United States”. For them, studying English is a springboard to “the land of opportunity” and escape from the poverty that plagues their country. We sang songs and played games to review some topics such as numbers, colours and feelings, but due to the brevity of my stay in Diriamba we decided with the coordinator of One, Two… Tree! that it would be best not to teach more topics but to review those already studied and to evaluate their level of English with an exam. The children were not very enthusiastic about the idea but in the end the results were better than expected and there were even several A’s!

One of the good things about One Two… Tree! is that it allows you to combine classes with lots of free time during the week and long weekends, as there are no English classes on Fridays. My case was exceptional because I coincided with the national holidays and there was no class for a whole week. This allowed me to travel for a whole week together with another volunteer and now friend, Gara, around the island of Ometepe and San Juan del Sur. It was highly recommended to sleep in some ecological farm of this island (in my case it seemed more like a hippie commune of very good vibes); and in the beautiful beaches of San Juan (near the border with Costa Rica) I was able to live one of the most incredible experiences: to see the giant sea turtles going up to the beach and laying their eggs under the sand. The previous weekend I had gone alone to Granada, one of the colonial jewels of America. I had never travelled alone with a backpack on my back through an unknown country before, and even though Granada is a quiet city and one of the few tourist spots in the country, sometimes the feeling of insecurity can be frustrating in Nicaragua. Even so, I was never alone because I met other travelers and made unforgettable friends, like Dante from Argentina. 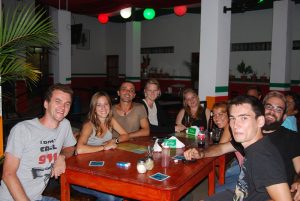 Also in Diriamba I have met wonderful people: all the volunteers of One Two… Tree!, the guys from the European Volunteer Group (special mention for Marijus) and of course, our coordinator, Roberto, with whom we will go to Vigo to have a mariscada with Manuel (or Don Cuco), Pedro’s father and my first support when I arrived in Nicaragua.

To conclude I would like to comment on what this experience has meant to me. In one of our first conversations with Roberto I told him that I felt insecure about the classes because the first ones had not gone too well: the children did not pay attention, they came and went in the classroom when they felt like it and the teachers at the school did not give the expected support either. I also felt insecure walking the streets of Diriamba (a note: Nicaraguans tend to exaggerate a little, and if they see you alone on the street they immediately warn you that it is better to go with someone), many of the shops in this town are closed with barred doors and if you want to buy something, you have to ask for it from the other side of the door. They are very careful with thieves and robbers. But for an European who is used to cities that are open to people this extremely preventive attitude is a bit scary. Having said all this, Roberto told me a phrase that later proved to be true: “When you are alone in an unknown environment, you have to wait and endure because after you know it, you get used to it and the best comes”. And so it was. I waited, I put up with the insecurities I had (all of them, even those that had nothing to do with security) and, then, the best was not left to wait. I immediately understood the great experience I was living and how necessary it was to make the most of each of the days I was there.

I would like to say goodbye by acknowledging One Two… Tree! for its social and educational work in Nicaragua; the work and effort of the people in charge of the association and its volunteers is priceless. We hope to see one day the fruits of our work with the improvement of education in Nicaragua and Central America. 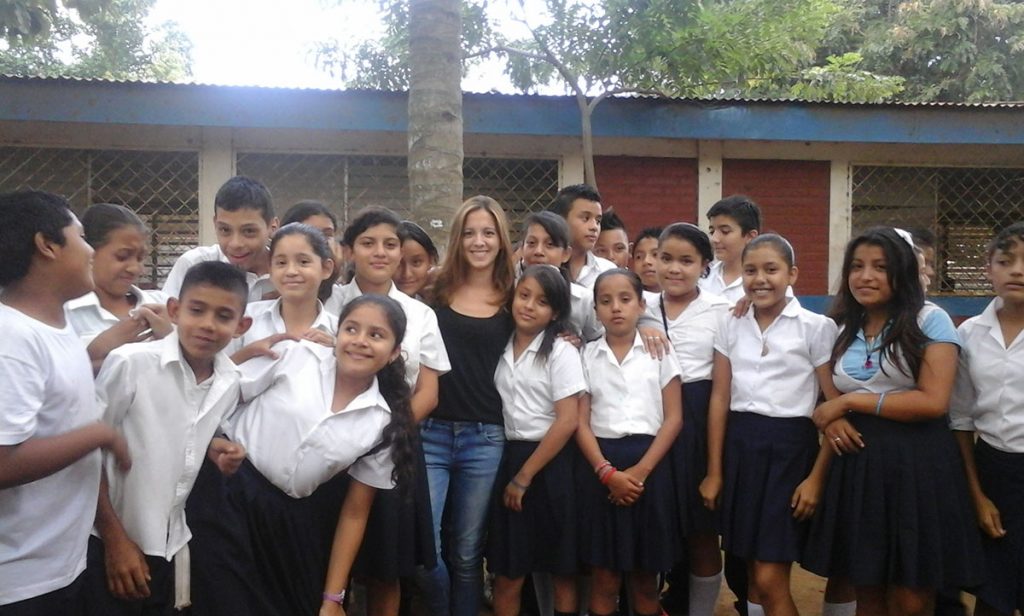